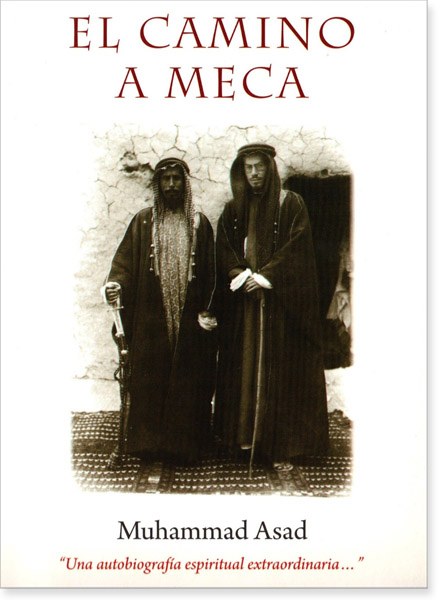 The Way of Mesa by Muhammad Asad / Translation: A. Razzaq Pérez Fernández

This work is the spiritual biography of Muhammad Asad, Austrian journalist, writer and traveler, born in 1900 in the city of Lvov, then part of the Austro-Hungarian empire and today in Ukraine. The son of a Jewish lawyer and grandson of an Orthodox rabbi. He died in Mijas, Malaga, in 1992, and is buried in the Rauda de Granada.

Considered today as one of the most eminent Muslim thinkers of the twentieth century, his original and intrepid travels in the Middle East far surpassed those of his Western predecessors in breadth and intimate contact with the peoples and culture of that vast region. His prolonged stay in the Islamic world was, in his own words, rather than “the mere external adaptation of a European to the muslim community in which he had chosen to live.”

On his return to the West, after a 25-year absence, he served as Minister Plenipotentiary of Pakistan at the UN, and published a set of works including, apart from his exceptional translation of the Qur’aan, The Message of The Qur’an, (included in this catalogue), this autobiography, The Way to Mecca (1954), which encompasses the first part of his life , and in which he bears witness to his conversion to Islam and his “conscious and complete transfer of loyalty from one cultural environment to another”, an evolution that clearly describes in all his journeys on the merits of his travels through the Islamic world. The Times Literary Supplement described this work as “a narrative of great power and beauty.”

A timeless spiritual classic. This insightful and exciting autobiography of an Austrian journalist, who plunged completely into the life and faith of the Islamic world, constantly reorients the reader’s worldview.

“An exceptional and powerful book, which rises above the ordinary for its candidness and intelligence. And what we get from it is a cultural reorientation that should permanently affect our worldview.”

“As imbued with Arabic typism as Sir Richard Burton and almost as adventurous as T. E. Lawrence, Muhammad Asad offers a similar combination of fearless action and reflective observation. Moreover, as a prosista and as an interpreter of the Islamic faith, he surpasses these two great predecessors of his.”

“Asad is a mystic. Many passages assume an astonishing and supernatural character.”

“This book has burst with a strange and captivating authority in the small circle of Westerners who know Arabia. An enlightening book for his many splendidly described adventures and his comments on the inner meaning of Arab and Muslim life: a help for those seeking a fairer understanding of Arabs and their lands.”

“A tale of great power and beauty. The knowledge o[de M. Asad]f the people of the Middle East and its problems is profound: so much so that in many ways their account is both more intimate and more incisive than Doughty’s.”

“A revealing human document like few have been written: persuasive and profound, totally fascinating.”

“An extraordinary spiritual autobiography. It combines all the adventure and beauty of a good travel book, well-contrasted commentary on the reality of the Middle East, and a thoughtful description of a man’s encounter with his spiritual journey.”

Volume in rustic, illustrated with 24 photographs.

The Vocational Society
Scroll to top