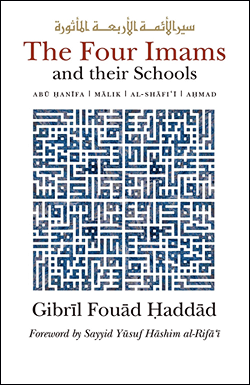 “THE GREAT EDIFICE of Islamic Law is held up by four towering figures of the early middle ages: Abu Hanifa, Malik, al-Shafi i, and Ibn Hanbal. Because of their immense dedication and intellectual acuity, these men enjoy recognition to this day as Islam s most influential scholars. By assessing and ranking hadith, by cultivating a deep knowledge of the Arabic language, and by virtue of their great native intelligence, they are credited with having shaped the development of the fundamental systems of Muslim jurisprudence, avoiding the twin pitfalls of subjective rationalism and blind literalism. By doing so they not only protected their religion from chaos and disorder, but showed the Muslims, both ordinary and expert, the safest and most reliable ways of avoiding error in the understanding and practice of the divine law. This detailed study offers biographies of these four men and their leading pupils. It surveys the distinctive features of their jurisprudence, and assesses their achievement. An especially helpful feature is a long and detailed glossary of Islamic technical terms. Meticulously rooted in the core texts of Islamic scholarship, this book will be an important resource for Shari’a students everywhere.”